“Today as you are laid to rest, know that this is not a forever goodbye. For although we are all part of your past you are part of all ours future.  Life here on earth is finite, there is no escaping the inevitable, but part of you will still live on in all of us.  You lived a full life, created many memories and told many stories that at times were bigger than life itself, that we all can reminisce on and smile.  We take solace in knowing you have all your memories back. So, I say again this is not a forever goodbye but rather a see you later, I look forward to the day you can tell us all your stories new and old once again and I can share a lifetime of stories with you as well.  Rest easy grampa.“

Thank you Egbert for being there with us, it meant the world to us. Please keep telling those fantastic stories.

Alzheimers is a horrible disease, please donate to help find a cure. 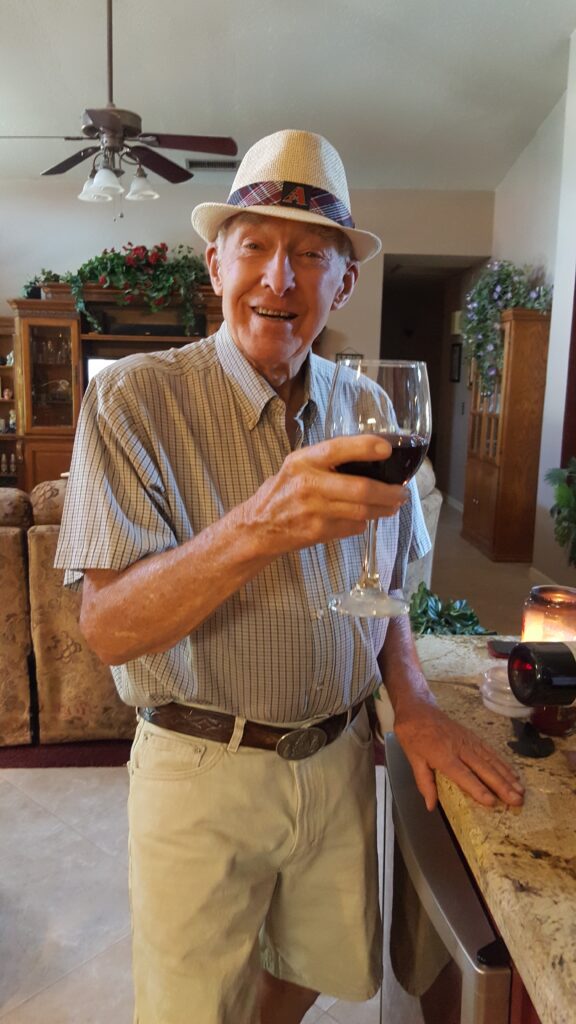